Clinic Closure Due To COVID 19

A note to my lovely, wonderful clients - Grove Wellness Clinic will now be closed until further notice. However, if you would like to get in touch, please feel free to contact me. Sending you all love and positive energy 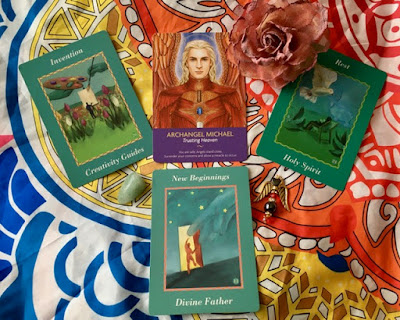 Hello lovely people, hopefully you are all safe and warm in these times of uncertainty and fear. I did a little spread for all of us, to see what the message of our guardians and guides is. Archangel Michael's card almost jumped out at me. The message is clear: Trusting Heaven. He wants to reassure us that we are safe and we are not alone. Whenever we feel overwhelmed or vulnerable, he encourages us to take a step back. Only then, he and his legion of helpers can help and clear all that is no longer serving us, thus allowing us to welcome the miracles of change that we deserve.
Asking for some more detailed information, I drew three more cards which are Rest, New Beginnings and Invention. How powerful are their messages! Although we might feel disempowered and no in control, this time "out" gives us the opportunity to re-charge our batteries, to work out where our priorities are and simply to reset. Perhaps your job is no longer the right one for you, you look for ways to earn money with a long-loved but long-neglected hobby, or you simply need to find yourself again … have a little think what the cards' message means for you. Lots of love

Hopefully you are feeling well and managing to find a little stillness and grounding in these uncertain times. 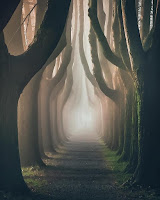 I wanted to let you know that I have made the decision to continue offering treatments in my clinics in Grove and Faringdon.
I feel it’s more important than ever to be offering healing and relaxation, to help reduce people's stress levels and boost their immune systems and create a sense of wellbeing.

I have also decided to offer discounts for those being financially affected by the virus. If that applies to you please just ask.
And be reassured that we are keeping the space and equipment really hygienic and putting lots of measures in place before and after sessions, sterilising all equipment etc.

Reiki, acupuncture and reflexology are amazing for the immune system and involve much less contact if that feels more comfortable to you. 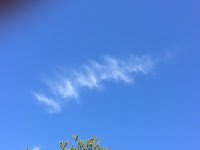 Obviously, if you are having to self-isolate just let me know and I will look forward to seeing you in a few months. Keep safe and well and take this opportunity to rest and connect and look after yourself and your loved ones. Use this time to do those things you don't usually have time for - be creative, read books, nurture your garden, write poems, sort your photos out, declutter your attic etc.
Let's look towards the summer and when soon the sun will be shining and we will be hopefully through this this challenging time.

By the way, the Lotus Retreat shop in Faringdon is open, if you fancy some Indian colour.

Biker back on the road again ...

Hello everyone! It's been a while. Hopefully, spring is near, after all this rainy, windy, cold weather 🤞.
I just wanted to share one of my latest "cases" with you. A few weeks ago, I was talking to a gentleman in his late 60s whom I've met a few times in the café where my partner and I sometimes have lunch. I'd noticed that he moved as if he was in pain and asked him about it. He told me that he was indeed suffering from back and hip pain and that he had seen several doctors and therapists, but without much success. Watching him moving about, I had a notion as to what was wrong and offered to "have a look" if he agreed to see me at the clinic some time.
He booked in and when I examined him, my first impression proved to be right: it appeared that one leg was longer than the other. That doesn't mean that the leg itself is longer, it just appears like this as the thigh bone had jumped out of the hip socket and created a "pelvic misalignment".
Using the DORN method (a gentle form of chiropractic), I corrected the misalignment on his left side and also showed him some simple exercises to do at home. When he left, I asked him to update me in two weeks. When he phoned, he told me that he was almost pain-free and even managed to ride his motorbike, which he wasn't able to do, because of the pain, in a long time! He only felt a little niggle in his left hamstring when he got off his bike and booked in for another appointment.
During his second session, I checked if he had been doing his exercises - which he had - and inserted one acupuncture needle in the left gluteus maximus.
After a week, he phoned me again to tell me that he is now pain-free and would like to come and see me once a month, to keep "on top of things".

If you would like to know more about the DORN method, please get in touch. 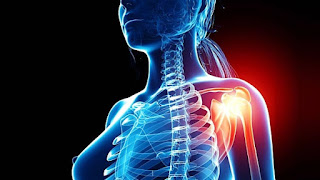 A few weeks ago, a lady booked an appointment with me as she was having pains in her shoulder. She had been diagnosed with shoulder impingement syndrome by her GP who prescribed painkillers and showed her some exercises to do.
With impingement syndrome, pain is persistent and affects everyday activities. Reaching up behind the back or up overhead to put on a coat or a top are likely to cause pain. If untreated, impingement syndrome can lead to inflammation of the tendons and to bursitis. The tendons could even start to thin and tear.

Anyway, her shoulder wasn't getting any better so she decided to try acupuncture.
During her first treatment session, I gently inserted two acupuncture needles in the shoulder area, one in her right hand and one on her right foot, and, while the needles were doing their job, I gave her reflexology treatment.
I asked her not to carry any heavy bags, especially straps over her shoulders and showed her some gentle stretching exercises for her shoulder.

At the second treatment session, about 2 weeks later, she reported that the shoulder initially got a bit worse after the first treatment, but then began to improve. As she was in the midst of moving house, she had to carry heavy stuff so she couldn't "rest" her shoulder as would have been advisable. We repeated the treatment routine and she assured me that now she would be able to look after her shoulder much better.

She booked a third session in another two weeks, and when I saw her she reported that the shoulder had been much better and still hurt only a little bit. Again, we repeated the routine (acupuncture and reflexology). During the treatment she was, for the first time, very relaxed and at the end of the session she said that her shoulder felt so much better right away.

She has booked a follow-up session in three weeks to see how her shoulder has improved. I will keep you posted.

For more information, please get in touch - groveclinicoxon@gmail.com or call my mobile on 07742 982757.
(picture courtesy bing)

Past Lives and Illness?!

Having worked with past life therapy for a number of years, I have seen amazing transformations in clients who came to my clinic for help. There was this young boy who was wetting his bed. He was much loved by his family and there was no bullying going on at school. So, the question was - where did the "problem" come from. Bed wetting indicates a connection with "water". A muscle test revealed that the cause was in a past life, and, lo and behold, it turned out that the was tortured by being held under water in a previous life. His mum, who was present during the session, mentioned that her young son did like swimming, but he didn't like his head being under water. A quick tapping routine (MET, or EFT as it is called here) "disconnected" him from the past life memory and he was not wetting his bed anymore.
And there was the middle-aged man who couldn't find the "love of his life". A journey into the past showed that he had lost the "love of his life" when he was in the middle of his then life and never really got over it, until he died in this 90s. After the session with me, a few months later, he found himself in a loving, permanent relationship with a beautiful lady. 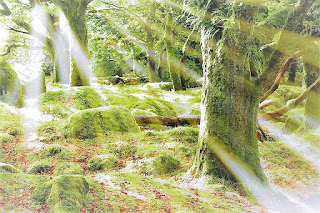 It is fascinating "traveling" through time together with clients who find themselves in a deeply relaxed state, although fully conscious during the session. I gently guide them into the relaxed state and then we travel to the life that is relevant for their existing "problem" or issue.

For example, regression therapy might reveal that a client who suffers from asthma was choked to death or died in a fire in a past life. This revelation could be the key to help with their breathing problems.

If there is an issue you would like to know the cause of or if you want to know more about past life therapy, please feel free to get in touch.

With much love,
Monika

PS: A heartfelt thank you to the person who took the beautiful picture for letting me borrow it 💗

Email ThisBlogThis!Share to TwitterShare to FacebookShare to Pinterest
Links to this post
Labels: bed wetting, EFT, MET, past life therapy

Ginger To Help With Rheumatoid Arthritis

One of my lovely Facebook friends posted the other day about how fresh ginger has helped her dad suffering from rheumatoid arthritis. A few days after he started drinking a tea, or better, infusion made of fresh ginger, he was free of pain and felt much better in himself.

Ginger has many beneficial properties for our health and wellbeing, so I had a look on the internet and found an interesting page which describes the benefits of ginger root on RA beautifully: 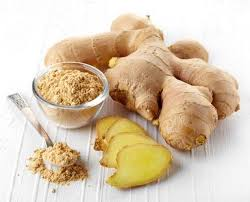 Here is also a recipe for ginger tea which sounds delicious:

If you are allergic or intolerant to any of the ingredients or taking meds, please ask your GP or health professional. 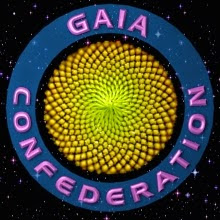